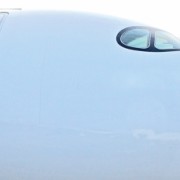 Sandvik Coromant Cutting Its Teeth Into Aerospace In Singapore

With more aircraft expected in this part of the world, one cutting tool manufacturer has pledged to put in more resources to become the best in the aerospace segment.

My favourite part of a flight is undoubtedly the takeoff. It is exciting and the feeling never gets old. As a plane charges down the runway like a bull and eventually lifts off like a graceful swan, there is no better time to sit up and admire the engineering marvel that goes behind the manufacture of a modern aircraft.

It may be tempting to give all the credit to aircraft manufacturers but it is worth pointing out that behind them stands a network of partners whose role cannot be slighted in any way. Just to give you an example, there are three million parts in a Boeing 777, according to the manufacturer and they are provided by 500 suppliers from around the world.